Following the footsteps of the legendary Don Quixote, immortalised in the book by Spanish writer Miguel de Cervantes in 1605, this seven day safari in the heart of Spain explores the wildlife, history and culture of Castilla-La Mancha which is very much alive today in the national parks, the ancient fortified cities, and the food and wine of this region.

The two main national parks of Cabañeros and Daimiel lend the region the title of 'Spanish Serengeti'; its wide landscape and abundant fauna host many endemic species and our 4x4 safaris will give you the opportunity to observe the 'berrea', the bellowing of the deer during their mating ritual or rutting season.

This region is one of the last few sanctuaries to spot the endangered Iberian lynx; Cabañeros supports many other animal species, such as foxes, Iberian hares, otters and martens. Daimiel Park is an endangered wetland and the top birding location in Spain featuring over 300 species of birds including black vultures, Spanish imperial eagles, golden eagles, imperial herons, cranes, cormorants as particular highlights.

Prepare yourself for a full oenophile experience visiting famous vineyards in Castilla-La Mancha. In the land of Don Quixote, wine plays a vital role economically and culturally as the Meseta Central (Central Plateau) is home to many top wine bodegas (wineries) and produces half of the wine in Spain.

We will meet Spanish people who will give us the opportunity to enjoy their traditional tapas and manchego cheese made from the milk of sheep. You will even be able to learn how to cook some typical Manchego cuisine such as gachas de almorta, a pasta dish made with grass pea flour, gazpacho manchego and pisto which is a vegetable stew with tomato sauce that reflects the modest rural origin of the region.

Last but not least, this safari takes in the contrast of this region: modernity in Madrid, tradition in Almagro; the majesty of Toledo and the simplicity of Consuegra, land of windmills; African landscapes in Cabañeros and wetlands in Tablas de Daimiel.

To complete the experience we will include activities like bird watching, stargazing, tapas tours, a visit to a saffron producer (the secret ingredient of paella) and yoga in the mornings. Just relax, live, and enjoy.

This Spanish region has a dry climate almost during the whole year, however we especially recommend doing our trip in October because of the warm temperatures (summer are really hot) and above all because this month is the season of berrea, the amazing mating ritual of the deer in Cabañeros National Park. It is also the best time to see the migratory birds in Tablas de Daimiel natural park.

Spring is also a good option to visit the region, however temperatures are low at night up to the middle of April in Cabañeros. From this month, the Mediterranean forest part of the park is full of colour and flowers, and the mammals come back to reign over the landscape.

Our trip explores the hidden treasures of La Mancha and relives the adventures and traditions of a XV century nobleman. Savour a side of Spain not everyone gets to see. These vast plains dotted with windmills, wildlife and wine form an excellent backdrop for our unique Quixote Safari.

Starting in Madrid where the first edition of Don Quixote was printed, the capital of Spain is where the world famous tradition of 'tapas' began and is renowned for its famous art galleries with works by the Spanish Masters and two world famous football clubs. We visit the city and move on to Toledo by road, but there is an option to arrive earlier and spend time in this elegant city.

The journey from Madrid to the World Heritage city of Toledo above the plains of Castilla-La Mancha is only one hour, and we spend a day here exploring the medieval Arab, Jewish and Christian monuments which have made this known as the city of three cultures.

After a night in a high quality hotel in Toledo the journey continues for three days of safaris in Cabañeros National Park and Tablas de Daimiel National Park, exploring this remarkable wilderness of wildlife and staying in local villages along the way.

The next few days include visiting Almagro, the medieval city hosting the powerful Order of Calatrava and then Valdepeñas (one of the main Spanish wine producers). Finally Alcalá de Henares and a visit to Consuegra, one of the main Spanish saffron producers with its charming fields of windmills and the native town of Cervantes.

Castilla La Mancha is the geographic hearth of the Iberian Peninsula. For lots of Spanish people it is also the hearth of their culture. One of the biggest Spanish autonomous community, it is divided into five main regions: Guadalajara, Albacete, Cuenca, Ciudad Real and Toledo.

With 1.5 million of inhabitants there is a lot of empty space, due to the vast fields destined for cultivation and grazing. The weather is typically Mediterranean, with scarce rains, low temperatures in winter and so hot in summer. This situation is perfect for the cultivation of the vineyard. Castilla La Mancha is the largest wine producer in the whole of Europe and it has its own special wine culture. It is also famous for saffron cultivation (they produce almost the 80% of this Spanish product, which is essential to cook an authentic and delicious paella).

In the last decade there has been a great investment in order to re-wild its three national parks (Cabañeros, Tablas de Daimiel and Lagunas de Ruidera). Wildlife tourism is already developed in the area but people are still embracing the concept of rewilding.

But La Mancha is not only gastronomy and nature, it is also the foundation of some of the most important classical Spanish theatrical and literary movements. You can see this tradition in villages like Almagro and cities like Toledo. These medieval cities with amazing castles and forts are very well preserved and testimony to the old Spanish empire. A greatness that tells us stories about the discovery of a new continent or the advancement of cultural, architectural and artistic traditions. Taking the famous first word of the Quixote, somewhere in Castilla… 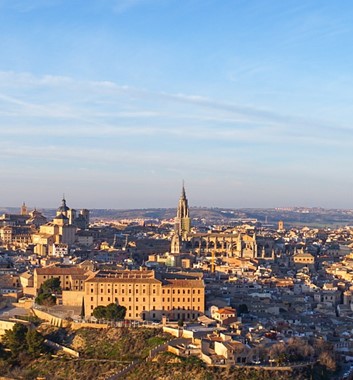 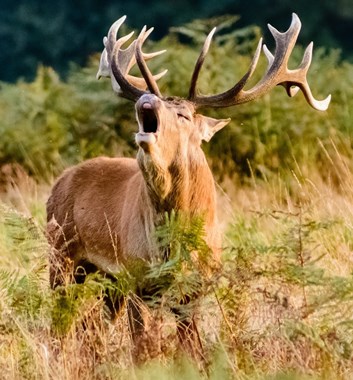 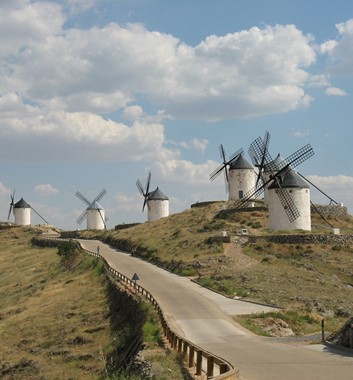 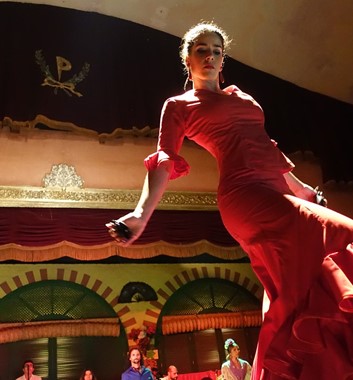 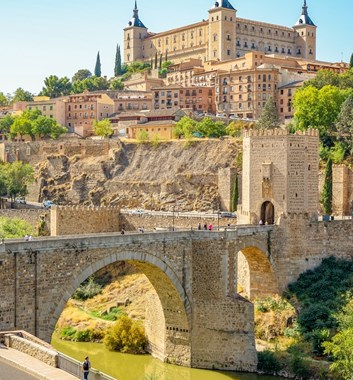 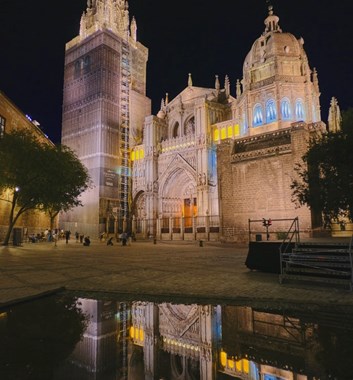