In celebration of World Mountain Day, we've created a calendar for the year to make it easy for you to plan your next mountain climb in the coming months. So to kick start the New Year, we are starting in Argentina.... 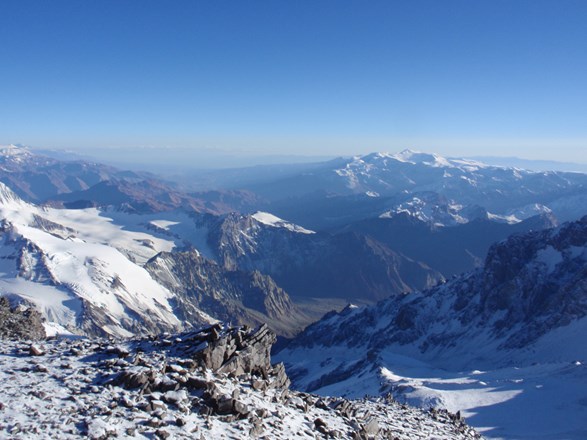 As the second highest mountain in Africa, Mount Kenya is a worthy climb in itself at 5,199m. It is a great climb year round but offers especially clear views in February. We run treks to all three of Mount Kenya's jagged peaks- Batian, Nelion and the most accessible, Lenana peak at 4,985m. Depenidng on the route taken, Mount Kenya can be a great destination for active hill walkers, as well as those looking for more experience in technical climbs. 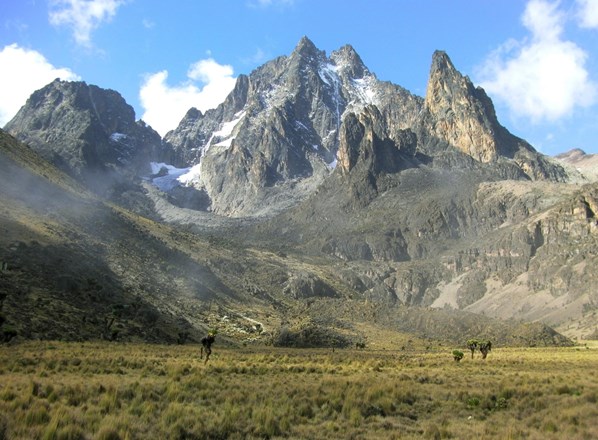 Staying in East Africa, climbers can hop across the border to neighbouring Tanzania to climb Africa's highest peak, Mount Kilimanjaro. Known as the 'Roof of Africa', Kilimanjaro has an iconic silhouette and is one of the most popular mountain climbs in the world. At 5,895m its a challenging yet accessible climb for most active, outdoor enthusiasts. Like Mount Kenya, Kilimanjaro can be climbed year round, and we offer three different routes, including an annual charity challenge in support of our sister charity, Moving Mountains. 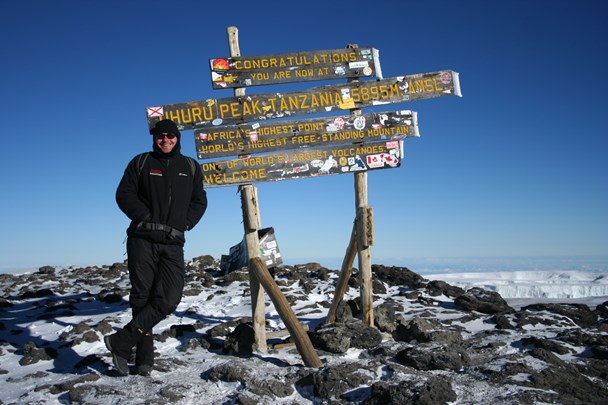 A nine-week expedition to 8,848m and the summit of the highest mountain in the world!  Run annually in April to ensure the most favourable weather conditions, our Mount Everest climb provides a fully inclusive package with a professional team that have run six successful expeditions to the summit already.

(But if you're looking for a shorter and more accessible climb in April, give Mount Mera a look!) 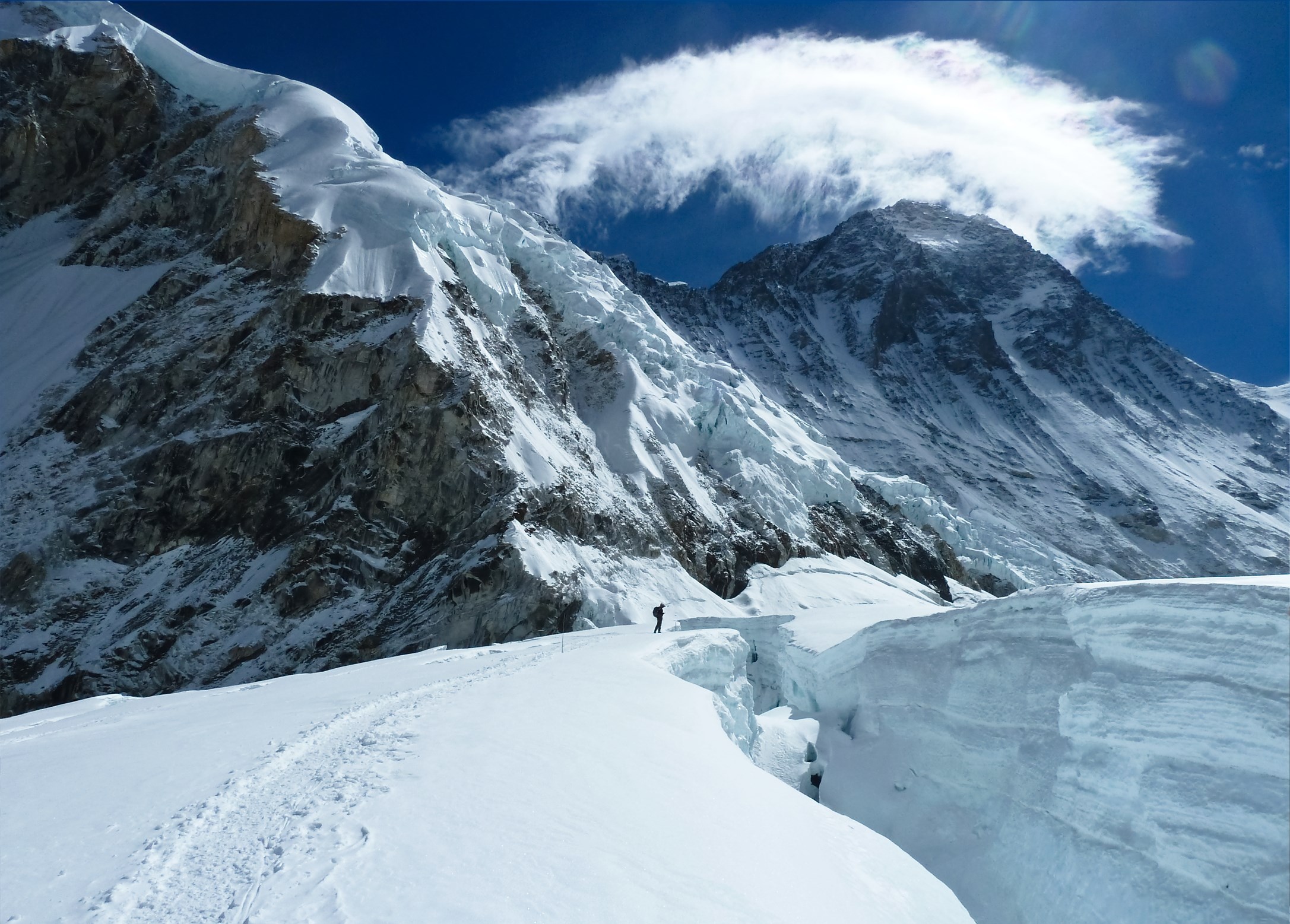 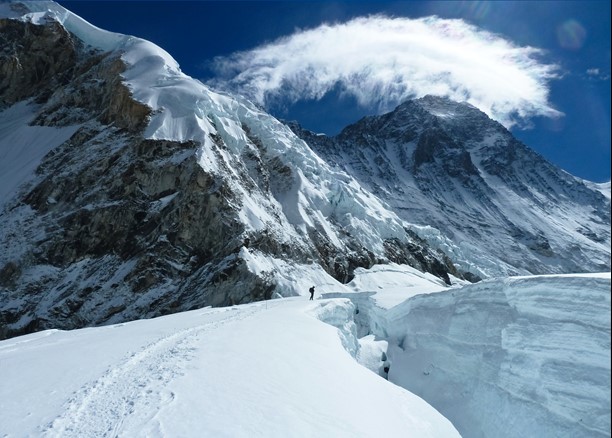 Staying in Nepal while the weather is clear, Island Peak is another spectacular Himalayan mountain standing at 6,189m. For the fit and experienced only, Island Peak has previously been used as a training climb by Edmund Hillary and Sherpa Tenzing. Perfectly placed in the Khumbu region, climbers are rewarded with panoramic views of neighbouring 8000m+ peaks from the summit. 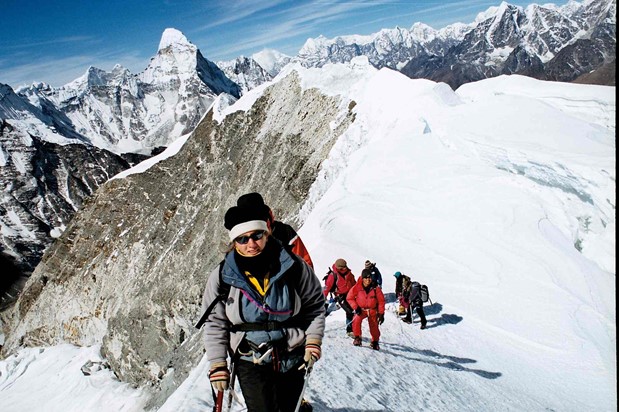 Heading west, this twin peak adventure is a great introduction to mountaineering in Latin America. Both Huayna Potosi and Pequeno Alpamayo can be climbed from May to August but June offers the best weather and snow conditions. This trip includes plenty of time to acclimatise, before reaching the 5,350m & 6,088m summits. 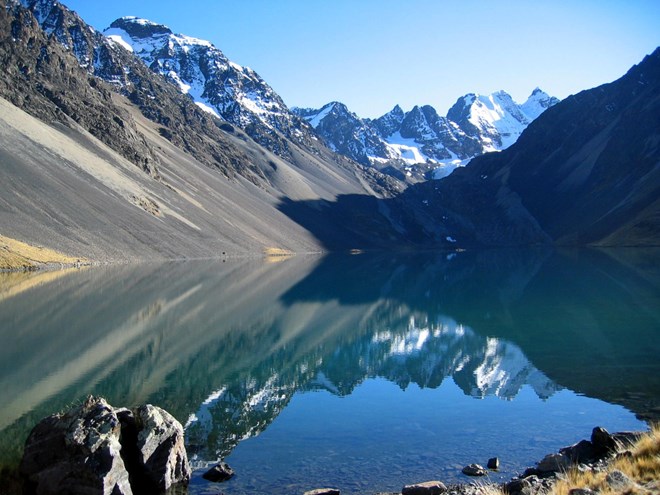 A great eight-day summer climb, Mount Toubkal in the Atlas range is an accessible climb through diverse landscapes; from desert to rocky peaks and valleys, the High Atlas range is snow capped for half the year. Climbing in the summer offers a great escape from the stifling heat of Marrakesh and our routes take climbers through remote Berber trails and lesser-known valleys and villages. 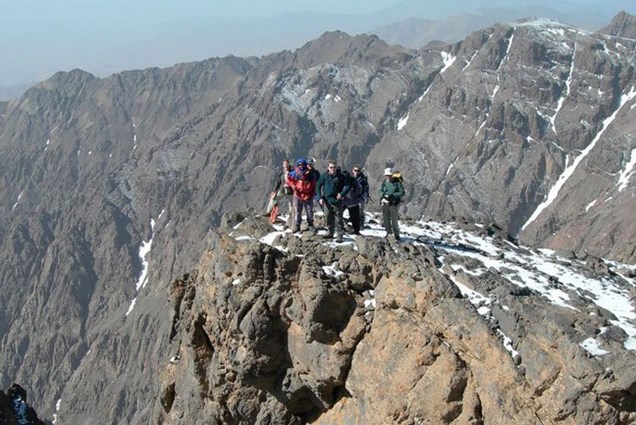 One of the famous Seven Summits, and the highest peak in Europe, Mount Elbrus can be tackled from three different routes; South Route, North Route, or the Full Traverse. At 5,642m, Mount Elbrus is only climbed during the summer months but climbers can still face unpredictable weather conditions. A perfect climb for those wishing to gain introductory experience in ice and snow climbing, this peak is a great bridge between Kilimanjaro and more challenging mountains in the Himalayas.

Heading east, the Altai Mountains rise up on the border regions between Russia, Kazakhstan, Mongolia, and China to form a remote wildness of rocky ridges, windswept forests and turquoise lakes. Taking in several of the Altai range peaks, September is the best time to visit this region and our two-week trek does not require any mountaineering, but rather plenty of hill walking through this unique corner of the world. 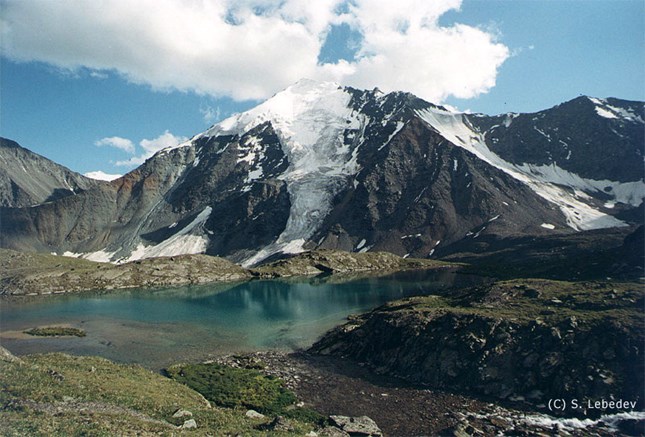 With a lower chance of snowfall and milder temperatures, October is the optimum time to visit the Tibetan Plateau. Trekking through ancient settlements to the famous Guge Kingdom, our climb to the summit of Mount Kailash at 5,630 is more than just an average mountain trek! 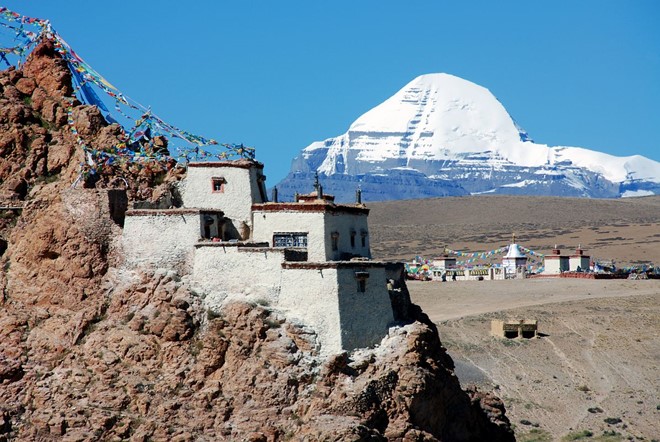 Known as Kilimanjaro's little sister, Mount Meru is a challenging trek in it's own right, as well as a good acclimatisation trek for Kili. At 4,566m, climbers will get fantastic views of Kilimanjaro in November and December, and this time of year also provides a great chance to see the mass wildlife migrations from Kenya into the Serengeti National Park.

Mount Kinabalu is Borneo's highest peak at 4,095m and a biodiverse hotspot, offering nature enthusiasts a chance to find some of Borneo's incredibly rare orchids and pitcher plants as well as stunning mountain views. A reasonably accessible climb, trekkers will climb by moonlight (time it with a full moon for the best views) to reach the summit by sunrise for panoramic vistas over tropical rainforests and out to the South China Sea.