This summer, a number of global sporting events made the headlines, including the World Cup, the Olympics and now the Paralympics.

But one that slipped quietly through the net was the news that the watch company Christopher Ward had named a mountain in the Djenghi-Djer mountain range of south-eastern Kyrgyzstan after one of
their timepiece collections.

In the month of August, a team of climbers reached the peak of the previously unclimbed mountain and promptly named it Mount Trident, after Christopher Ward’s dive and sport collection. 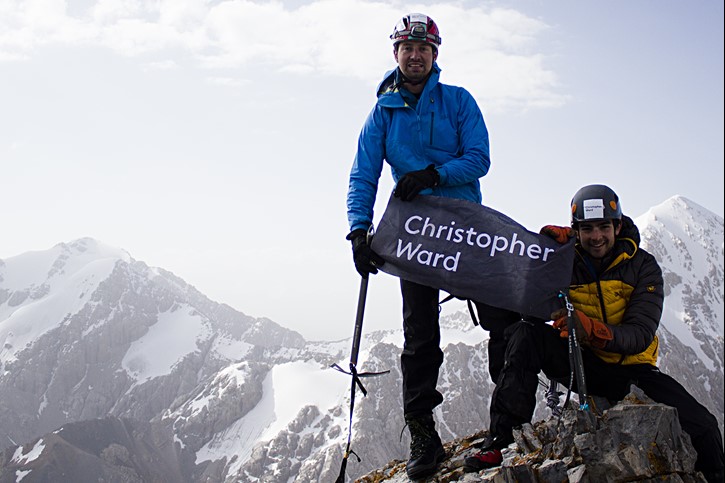 It isn’t the first time the company has done this – in 2013 they also called a peak in Tajikistan Mount Christopher Ward, which they claimed was the world’s first naming of a mountain after a brand.

But is it really appropriate to brand a mountain? Personally, I think too gauche and an overt form of marketing.

After all the naming process is complex and there is a gravity behind it that is much more meaningful than calling it something like Mount Sports Direct. There is also a lot of historical, cultural and often religious meaning behind the names of mountains.

Traditionally many mountains were officially named after the people who discovered them, but they also had native names with specific meanings. Many peaks were named after explorers of the colonial era and this has sometimes led to contention; an obvious example is Mount Everest itself, named after George Everest who first surveyed the peak in 1856.

The highest mountain in the world was supposedly discovered in 1852 by a Radhanath Sikhdar who was working for the Great Trigonometrical survey of India at the time. This was then confirmed in 1856 (knocking Mount Kanchengunga off its perch )) and 'Peak XV' as it was known by the British was eventually renamed Mount Everest in 1865 by the then surveyor general Colonel Waugh. This despite the fact that many mountains in the Himalayas are named after gods and goddesses, with Everest being known as Chomolungma (or Qomolungma) in Tibet and Sagamartha in Nepal and which means Goddess Mother of the World. Nepal was never a British colony but it must have grated.

The Irish similarly must have been less than enamoured by the anglicisation of their Gaelic names of peaks by the Ordnance Survey. The naming of peaks in Ireland carry great cultural and historical significance but in English they just don't have the same ring or meaning. Benbo Peak in Leitrim for example translates from Beanna Bó which means 'horns of the cow' and is memorialised in the Annals of Ireland for a great battle that took place there in 1585.

There was great contention over the name of the highest mountain in America which was called Mount McKinley (after the American President William McKinley) in 1896 by a gold prospector. This only became official in 1917, but in 1975 the Alaskan Legislature asked for the name to be changed to Denali meaning 'High One' which is what the native American Athabascan tribe had called it. The request was blocked by an Ohio congressional delegation, the home state of the mountain's presidential namesake, and it was only in September 2015 when President Barack Obama finally declared the official name to be Denali.

Presidential candidate Donald Trump called the name change a "great insult to Ohio" and vowed to reverse the decision if elected. 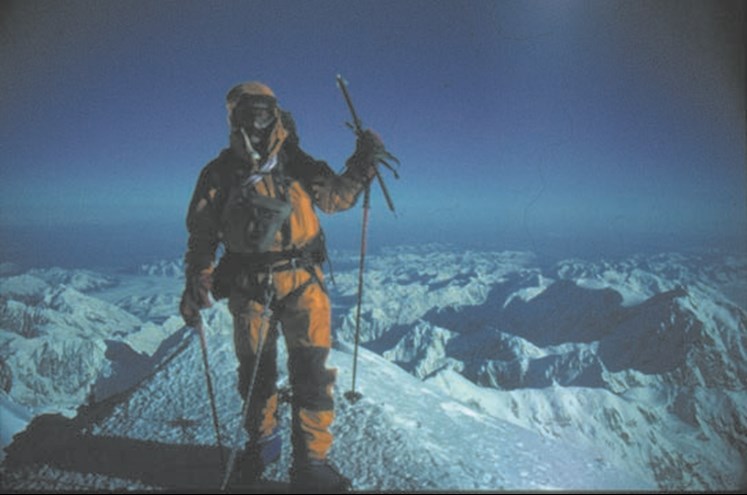 Gavin on his first summit of Denali in 1997. the highest peak in North America that used to be called McKinley.

So, you might say that naming a mountain after a brand of watches is bound to cause some issues, not least from the people of Kyrgyzstan who might feel that the marketing motive does not reflect their own reasons for naming peaks in their own country.

Marketing has changed dramatically in recent years and it will get even cleverer in future. From simple advertising to product placement and now integrated marketing content, it is progressively difficult to get the consumers attention and loyalty. Word of mouth and personal recommendation is known as one of the best ways to promote your brand and I have known many sponsored expeditions over the years which have enabled climbers to go on expensive expeditions and companies to ride on the back of the image of courage and derring do. I have two friends who are climbing two big unclimbed peaks right now, and if successful they will be on national television. The return on that corporate investment could be huge. Red Bull have turned this type of association almost into a specialised category of promotion, but I don't think there is a Mount Red Bull out there?

During my eleven years of climbing Everest six times and previous years of big mountain climbing, I was always very proud of being self-funded and never having a commercial sponsor.  I saw friends of mine tied into contracts with sponsors which required extensive post-trip interviews, trade shows, appearances at exhibitions. Some enjoyed it, some didn't. Nowadays you have to incorporate your sponsor into your online profile, making tweets and uploading images to instagram several times daily. Companies want to align the personality of their company with that of the climber or adventurer on social media. I of course wanted to promote my own company Adventure Alternative, but I wanted the PR on my own terms

They choose something with a bit of personality around the project and then they like to embed the brand into the person and use that on social media, and in that respect it's no different to how celebrities like Kim Kardashian endorse products to their millions of followers.

It can be done very well. For example, the North Face athlete team are world class athletes and adventurers and climbers doing exciting things and the whole PR juggernaut that surrounds them is very cleverly done. The company has successfully occupied a niche in the outdoor market and they are market leaders.

But naming a peak after a brand? Not only is the consumer too clever for that nowadays, I think it might cause issues with the local population and it also cheapens the mountain.

“Has anyone seen my horse?” – the Kyrgyzstan expedition of 2016