Where are the Andes Mountains?

The Andes Mountains line the western edge of South America, from Venezuela all the way along Chile to South America's southern tip, crossing through Ecuador, Peru, and Bolivia. There’s no other location on the surface of the Earth that is farther from the Earth’s centre than the peak of Chimborazo in the Ecuadorean Andes, located in Ecuador, Mount Chimborazo is a dormant volcano. It last erupted over 10 centuries ago.

How long is the Andes mountains range?

The Andes are the world's longest continental mountain range, about 9,000 km in all. They lie as a continuous chain of highland along the western coast of South America, along that route, they cross through Ecuador, Peru, and Bolivia .The range is over 7,000 km (4,300 miles) long, 200 km (120 miles) to 700 km (430 miles) wide and of an average height of about 4,000 m (13,000 ft). Over its length, the Andean range is split into several ranges, often two great ranges, named Cordillera Oriental and the Cordillera Occidental, often separated by an intermediate depression. The Andes Mountains extend over seven countries: Argentina (Mount Aconcagua), Bolivia (Huayna Potosi), Chile, Colombia, Ecuador, Peru, and Venezuela, known as Andean States.

How high are the Andes Mountains?

The average elevation in the Andes is about 13,000 feet (3,962 meters). The only mountains that are taller than the Andes are the Himalaya Mountains and their adjacent ranges, including the Hindu Kush.

The highest elevation in the Andes is Mount Aconcagua in Argentina, which is 22,841 feet (6,962 m) above sea level.

What is the climate of the Andes Mountains?

Because the Andes act as a large wall between the Pacific Ocean and the continent, they have a tremendous impact on climate in the region. The northern part of the Andes is typically rainy and warm, and the weather is also wet in the eastern part of central Andes, and the area to the southwest. To the west, the dry climate is dominated by the Atacama Desert in northern Chile. The mountains form a rain cover over the eastern plains of Argentina, which have extremely dry weather.

How old are the Andes Mountains?

The Andes Mountains are over 50 million years old, they were created when the South American and Pacific tectonic plates collided. It is a collection of numerous mountain chains which join together in what are called orographic knots. The formation of the modern Andes began with the events of the Triassic and Jurassic when Pangea begun to break up and several rifts developed. It was during the Cretaceous period that the Andes began to take their present form, by the uplifting, faulting and folding of sedimentary and metamorphic rock of the ancient cratons to the east. The rise of the Andes has not been constant and different regions have had different degrees of tectonic stress, uplift, and weathering.

What plants grow in the Andes?

About 30,000 species of Vascular plants live in the Andes, vascular plants include the club mosses, horsetails, ferns, gymnosperms (including conifers) and angiosperms (flowering plants). The small tree Cinchona pubescens, a source of quinine which is used to treat malaria, is found widely in the Andes as far south as Bolivia. Other important crops that came from the Andes are tobacco and potatoes. The high-altitude Polylepis forests and woodlands are found in the Andean places of Colombia, Ecuador, Peru, Bolivia and Chile. These trees are called Quenua by locals, Yagual and other names, can be found at altitudes of 4,500 m (14,760 ft) above sea level.

What crops are grown in the Andes?

In the valleys, maize was grown together with other crops of high food value, such as Andean grains (quinoa, amaranth), leguminous plants such as beans and lupins, and roots such as arracacha, yacón and chagos. Tomatoes and potatoes, two of the most prevalent food crops in the world, originated from the Andes. Peru, one of Andes host countries, is home to at least 3,800 different varieties of potatoes. It’s also worth noting that Coca leaves originated from the western slopes of the Andean mountains. Coca tea is a popular beverage in the high Andes, thanks to its effectiveness in relieving symptoms of altitude sickness.

What animals can be found in the Andes?

What minerals are found in the Andes Mountains?

What is the population of the Andes?

The population in the Andes is estimated at 84,500,000 people with 44% located in the Andean countries. Therefore, it is estimated that a third of people living in South America live in the Andes especially in major cities. The inhabitants of the Ecuadorian Andes are mainly Quechua speakers and mestizos, in the south there are small groups of Canaris and in the north, Salasacas. Agriculture (corn, potatoes, broad beans) is the main occupation, some Indian inhabitants engage in ceramics and weaving.

When is the best time to visit the Andes?

December to March is the rainy season in the Andes, The best time to visit the Andes is in May to Oct, when it is cooler (particularly the further south you go) but dry, with the best chance of blue skies and breath taking clear views. Temperatures in the Andes depend more on altitude than on season. The Andes are one of the most sought after travel destinations in South America, especially for tourists who love high-altitude expeditions. These mountain ranges offer a playground for myriad outdoor adventures, including mountain climbing, stargazing, hiking, cycling, white water rafting, skiing, and horse riding.

Aconcagua is a must climb for anyone looking to stand on the tallest points of each continent, please contact us with any questions you may have about exploring the Andes, or explore our website, you may also be interested in; Aconcagua routes, Aconcagua weather, health and altitude. 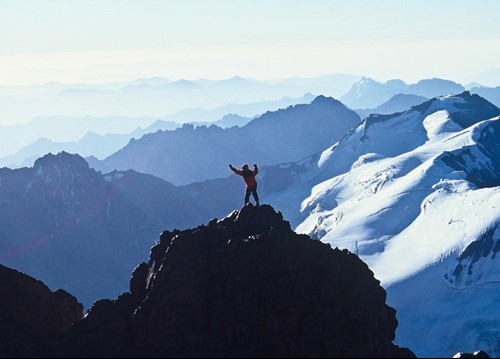