Nepal’s name is in lights once again thanks to the travel experts at Lonely Planet, who named the country as No.1 best value destination for 2017 and No.5 on their hot list of countries to visit next year.

It will be welcome news to the Nepalese people who rely on tourism to make a living, following a series of disastrous years where the country hit the headlines for all the wrong reasons: plane crashes, fatal avalanches and earthquakes.

Nepal may have suffered a lot recently, but it is still one of the most popular places for adventure travel thanks to the diverse geography of the country – it really does offer everything.

In the north of the country you have the Nepalese Himalayas with eight of the ten highest mountains in the world. Thousands of trails criss-cross the land, providing almost limitless opportunities for hikers and climbers to get away from it all.

Then, in the tropical south there is abundance of jungle and with its low elevation and humid climate, it is the perfect destination for wildlife tourism. Safaris to see tigers, Indian rhino and elephant, clouded leopard and red panda are very popular. Birdwatchers need look no further than this country with over 900 species on its doorstep, including the national bird, a type of pheasant called a danphe, and the spiny babbler which is unique to Nepal.

Nowadays a better transport infrastructure will allow it to work as a professional tourism destination. A new international airport to be built near Pokhara will take some pressure off Kathmandu airport, and the many regional airports and mountain airstrips has made accessibility less of an obstacle.

I started visiting Nepal in the late 1980s and as a climber with lots of equipment I would fly into Delhi and take the three day bus journey to Nepal, often doing part of the journey by boat on the Ganges. I mingled with the hippies who had settled on Freak Street in downtown Kathmandu.

It was a real adventure and going into the Himalayas had the cachet of being a trip into the wild. On one memorable trip I walked from Kathmandu to Everest Base Camp in the winter and met almost no foreigners over the whole six week trip.

You might come for the scenery and the wildlife, but one of the most enduring memories will be the innate friendliness of the local people. There is no doubt that Nepal has capitalised on its reputation for being warm, inviting and helpful. In all my years of organising holidays there, I have rarely come across anyone who does not mention it.

Sherpas are one of the default images of Nepal thanks to their history with Mount Everest, but they make up only about 0.5% of the total population, which is a truly multicultural and multiethnic society with over ninety living languages and five main religions. Sherpa means Man from the East and they traditionally crossed the Himalayas from Tibet to settle in the Khumbu valleys near Everest. Their hard working, entrepreneurial spirit, coupled with an extraordinary selflessness on mountain expeditions has made them legendary around the world.

This courage and honour is also associated with the Ghurkhas, hill tribesmen who fought the British in 1814 during the Gorkha Wars and had a reputation for their fearless military prowess.

Such is the legend of  Nepal built around the people who live there.

With such a rich and densely woven tapestry of culture dating back thousands of years, Nepal is known as the land of a thousand temples. There are nearly three thousand in the Kathmandu valley alone. Visitors face another limitless choice of heritage and history to explore. For example, the Maya Devi Temple in Lumbini is believed to be the spot where Buddha was born.

But Nepal is not a mass tourism destination, it still has that exotic appeal and is a mecca for adventure activities, mountains and wildlife. As a destination it still only attracts about a million visitors a year but those people are more likely to be the intrepid and independently minded traveller. 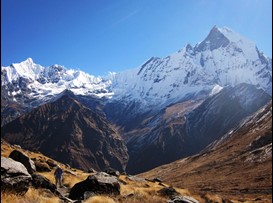 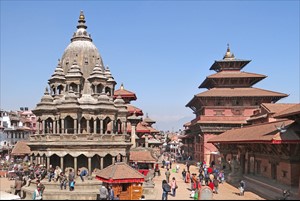 For example, there is superb rafting on the rivers that that flow through Nepal from the tops of the Himalayas to the flood plains of Northern India. There is also bird watching, mountain biking, hot air ballooning, spiritual journeys and yoga retreats.

The endless possibilities in such a small country are what really make Nepal such good value for money.

The cost of trekking is higher than it used to be, but compared to other countries it is still very economical. This is in part because it is still a developing country (average annual salary is around USD$2500) but with unemployment at 38% tourism is an industry where locals have the opportunity to forge a good career.

In fact, apart from hydroelectricity, tourism is Nepal’s only natural resource with the potential to help bring economic wealth to the country. Natural disasters like the earthquake have enormous implications beyond the immediate and many Nepalese people feel it is time for the run of bad luck to change. Avalanches on Everest, earthquakes and economic sanctions placed on them by India have put the whole country under great strain with a devastating impact on tourism.

Now, after several difficult years, it feels like they are finally getting back on track.

For many tourists who have been to Nepal already, there is a real feeling of supporting the people and the economy by going back and encouraging others to become converts. I think foreigners really respond to that, which is possibly one of the reasons that this landlocked mountain kingdom regularly features on these holiday destination lists.

In terms of the mix of culture, access to adventure tourism, mountains, traditional locations and the national character, Nepal is pretty unrivalled – there’s nowhere quite like it.

For those in the know, Nepal has always been a top destination for once-in-a-lifetime holidays, but only now is it possibly on the cusp of something bigger.

And I cannot think of a nicer bunch of people for it to happen to.

Top places in places to visit when you are there… 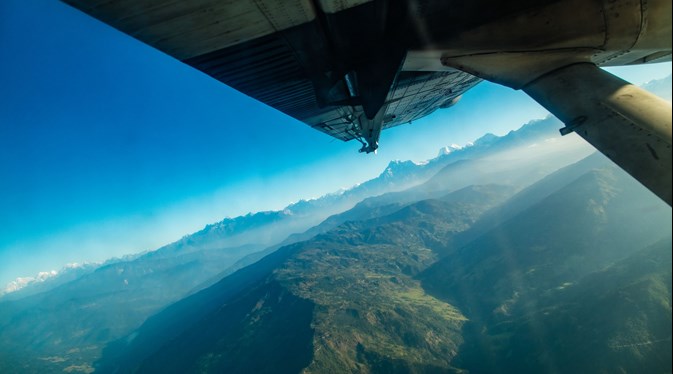 Read Gavin's Huffington Post blog here: 'How Nepal Became One Of Lonely Planet’s Top Travel destinations for 2017 (And Why It Feels Like It’s Finally The Country’s Time To Shine)'