The Kingdom of Bhutan is a small, landlocked country of only 750,000 inhabitants in the Himalayan Mountains. It is mountainous and heavily forested and stretches at its widest west to east points 300km, and 170km at its maximum north-south, forming a total of 46,500 km2, or one-third the size of Nepal.

It is often called the happiest country in the world and well known for pioneering the concept of GNH or Gross National Happiness. The country's values provide for a unique intersection of tradition, spirituality, governance and development, making it like no other place in the world to visit.

Bhutan is a tiny and remote kingdom nestled in the Himalayas between its powerful neighbours, India and China. Almost completely cut off for centuries, it has tried to let in some aspects of the outside world while fiercely guarding its ancient traditions. For years, the country feared that outside influences would undermine its monarchy and culture and only began to open up to visitors in 1974. Radio broadcasting began the previous year in 1973, however TV and the internet wasn't available until 1999. 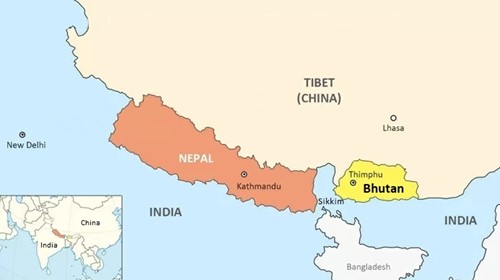 Bhutan is bordered by Tibet to the north and is only slightly separated from Nepal by the Indian state of Sikkim to the west and the Indian states of Assam, West Bengal, and Arunachal Pradesh in the south, east and southwest. Geopolitically Bhutan is in South Asia and is the region's second-least-populous nation after the Maldives. Thimphu is its capital and the largest city, while Phuntsholing is its financial centre. In South Asia, Bhutan ranks in first place in economic freedom, ease of doing business and peace, and is the least corrupt country in the region as of 2016. The government is a parliamentary democracy; the head of state is the King of Bhutan, known as the "Dragon King".

Bhutan is home to several +7000m mountains, the highest of which is Mount Gangkhar Puensum at 7,570m. It is also the world’s highest unclimbed mountain as mountaineering is currently banned in Bhutan, and climbing mountains over 6,000 meters has been prohibited since 1994. 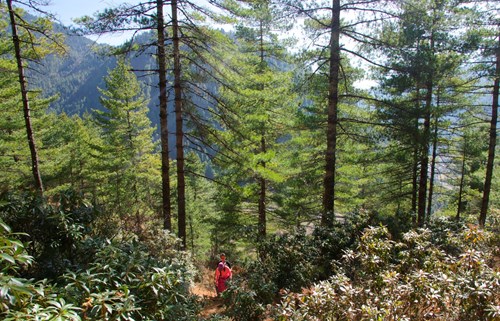 WHAT IS THE BEST TIME TO VISIT BHUTAN?

We offer two different treks in Bhutan and due to location and altitude we recommend the longer 15 day trek in the Jomolhari region is undertaken during October. For our shorter, more relaxed 10 day itinerary there's much more flexibility and ideal times are from September through to November and March - April.

HOW DO I GET A VISA FOR BHUTAN?

You need to have at least six months validity on your passport beyond the date you plan to exit Bhutan at the end of your trip. Visas are only issued on arrival however you must apply in advance through Adventure Alternative and receive visa approval before you travel. Applications for tourist visas are submitted by us and all visitors (except nationals of Bangladesh, India and the Maldives) must obtain visa clearance from Thimphu before travelling to Bhutan.

HOW MUCH DOES A VISA FOR BHUTAN COST?

For International tourists the visa costs USD $40. This can be paid in advance to your tour operator or travel agent. For Indian passport (or VIC) holders, Bangladeshi nationals and persons from the Maldives, there is no cost incurred.

Bhutanese cuisine staples are red rice, buckwheat and maize. Meat is also commonly eaten with pork, beef, chicken, lamb, and yak meat often found on menus. Bhutan is famous for it's soups and stews made from meat and dried vegetables, spiced with chilies, and topped with cheese. Most of the dishes in Bhutan are spicy, with a heavy use of hot chilies. Dairy foods, including butter, milk, and yogurt are also common and the most popular beverage is tea, served both in the sweet Tibetan form as well as the traditional Tibetan butter tea - the latter being a tad unusual for most western palates.

WHAT IS THE CURRENCY IN BHUTAN?

The currency in Bhutan is the “ngultrum”, and the value is linked to the Indian Rupee, with the rupee also being accepted as legal tender as well. It is a closed currency so you can't gain any prior to arrival. You can exchange USD, GBP and other international currencies at the airport on arrival, or you can withdraw money at ATMs, though they aren't reliable as most don't accept foreign cards and the few that do have withdrawal limits and have double charged people in the past. ATM’s are also difficult to find outside of Thimphu and Paro. For spending money it's easiest to use the Bhutan Payment Gateway, which is an online app and payment portal that is endorsed by the Tourism Council and it's the most secure and efficient method of payment.

WHAT LANGUAGE IS SPOKEN IN BHUTAN?

The national language of Bhutan is Bhutanese, known locally as Dzongkha. While Dzongkha is taught as the national language, English is the main medium of instruction in all schools and is widely spoken throughout the country. There are also another 22 languages spoken across the kingdom, mostly dialects of the original Dzongkha, including Nepali. Other dialects include Tshangla, Dzala, Limbu, Keng, and Rai, which make up 45 percent of the spoken languages in Bhutan.

There are good quality hospitals scattered across Bhutan that are open to tourists, with the main hospital being in the capital city of Thimphu. General observations and pharmaceutical medications are usually free, though travellers should of course have a travel insurance policy that covers you for medical treatment.

WHAT TEMPERATURES CAN I EXPECT IN BHUTAN?

The climate is humid and subtropical in the southern plains and foothills, temperate in the Himalayan valleys of the southern and central regions, and cold in the north, with year-round snow on the main Himalayan summits. Temperatures do of course vary according to elevation. 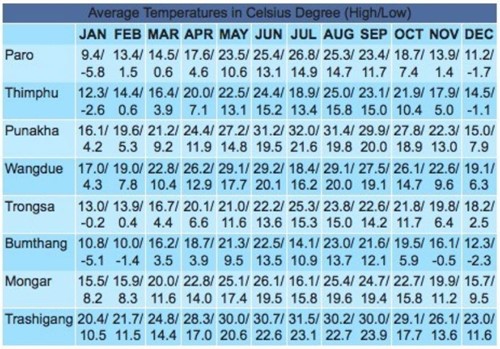 WHAT POWER SUPPLY AND PLUGS ARE USED IN BHUTAN?

The power sockets are of type D, F and G. The standard voltage is 230 V and the standard frequency is 50 Hz. 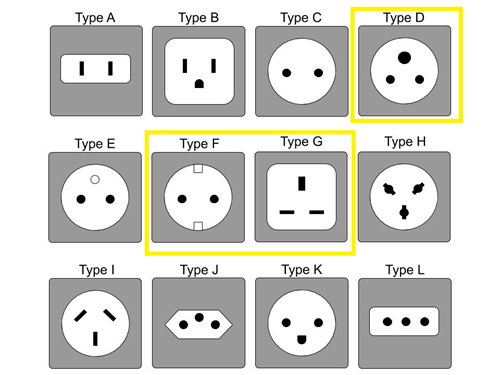