Carstensz Pyramid, also known as Puncak Jaya is one of the famous 'Seven Summits' situated on the Indonesian island of Papua New Guinea. This peak is the only of the Seven which is a rock climbing peak and it requires a trek in through remote jungle to reach the base camp. The peak is in west Papua (now named Papua province Indonesia) and was called Irian Jaya until 2005. It lies in New Guinea, which is the world"s second largest island.

Relatively few people have climbed Carstensz due to a history of political instability in the area and the difficult of its location deep in dense jungle. Conditions are very diverse and often challenging, so be prepared to trek in the heat of the jungle, and climb in snow. The rock itself is good climbing rock but very sharp so bring a good pair of gloves. It can be climbed all year round and is a very exciting and dramatic expedition, definitely one of the most difficult of the Seven Summits despite it being the lowest.

Getting to Puncak Jaya (Carstenz Pyramid)

Co-ordinates are S 04°04.733, E 137°09.572. The normal way to reach the mountain is a six day 67 km trek through the jungle from the village of Ilaga or Sugapa which is reached by a light aircraft from the town of Nabire. The height gain is 4000 metres during the trek and is quite strenuous requiring good balance on the fallen trees and along the trail which is heavily forested. Accommodation is in tents or in caves along the way, and it is common to experience tropical rain showers. Carstensz Pyramid stands out like a great fin of rock rising out of the jungle and its first sight has attracted many emotional reactions for climbers emerging from the dense undergrowth to be faced with such a dramatic sight.

It is the only one of the Seven Summits to involve technical rock climbing and therefore members should have suitable experience with ropework and abilities up to Severe. In particular are several notches on the summit ridge which involve a dramatic Tyrolean traverse.

The normal route is the one that Heinrich Harrer opened up, which ascends a 600 metre wall; it's imposing and sheer with the bottom half being easily angled and the final top section very steep. The rock is clean and sharp but the wall itself rarely presents a problem. Initially the grade would be a VDiff (UIAA III) with the top at VS (UIAA V). There are fixed ropes in place below the ridge and along the jagged edge to the summit. The crux of the climb is an overhanging wall (VS, UIAA VI) that can be crossed using the fixed lines and jumars or by setting up a Tyrolean traverse.

The whole summit day is about 12 hours and involves scrambling on sharp rock in the dark up narrow chimneys and gullies until you reach the summit ridge. One would expect a range of weather including rain and mist and wind, possible snow showers or potentially clear skies with great views from the top. Temperatures on the summit are often well below freezing, and Base Camp can be 12 degrees Celsius. The descent involves rappelling or abseiling down the fixed lines. 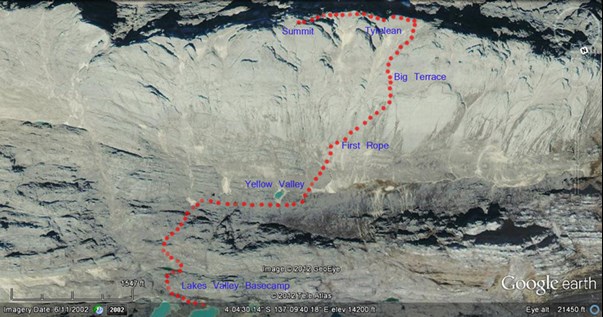 The word Carstensz is often mis-spelt but the peak is actually named after the first European to see the mountain whose name was Jan Karstens. He was a Dutch seafarer who in 1623 brought news back to Europe about a snow-covered mountain on the equator (actually 4 degrees South of it).  At the time he was not believed, a similar story to the first European to see Kilimanjaro. Nowadays the peak is also called Puncak Jaya which translates as Victory Peak and is popular name among Indonesian communists.

It was Austrian climber Heinrich Harrer who in 1962 became the first mountaineer to climb Carstenz and his book about the climb and life in Papua called 'I Come From the Stone Age' was a best seller. His story and eventual fate was depicted in the movie 'Seven Years in Tibet' starring Brad Pitt. A few years later in 1971 Tyrolean mountaineer Reinhold Messner climbed Carstenz as part of his Seven Summits odyssey which he successfully completed in 1986.

It's geographical location is to the west of the central highlands and the Sudirman Mountains. Rather poetically, it belongs to the legendary Snow Mountains, so named because of the snowfall that commonly falls above 400 metres.  At 4884 metres it is the highest mountain in Australia and Oceania, collectively known as Australasia and, depending on your interpretation of a continent, it is one of the Seven Summits. The definition is still a point of debate because it depends on whether one considers a continent geographically or geologically. If New Guinea is regarded as part of the Australasian continental land mass then Carstenz is indeed the highest. Either way it is a significant expedition and far more challenging than Kosciusko.

Most people opt to fly into Jakarta with one of many international airlines, or else to Bali. From there the route to Timika or Nabire on West Papua is with Indonesian airlines Lion Air or Batik Air, normally via at least one stop enroute (for example Ambon). Bear in mind that it takes almost a full day to get to Papua from Jakarta.

Flying into Jakarta or Bali for international arrivals and then an internal flight to Nabire airport. 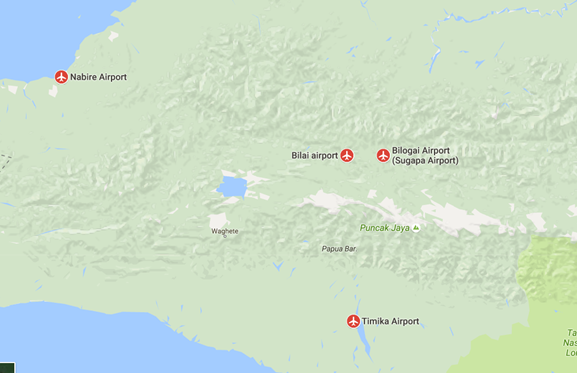 From Nabire - or sometimes Timika - there is a short flight to Sugapa airport which is the staging point for the start of the six day (70km) trek to the mountain itself. For helicopter trips, starting point is Timika. 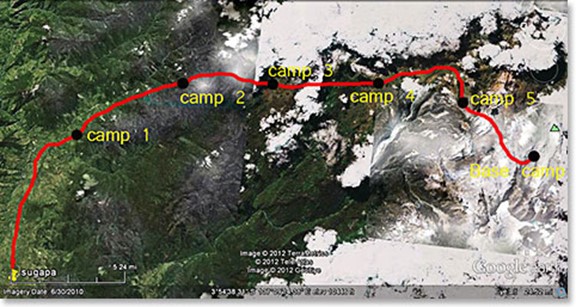 The trek to base camp takes five or six days and is initially through dense forest which is wet and muddy, before reaching the exposed rocky ground before the mountain.

Here is American climber and blogger Alan Arnette crossing the traverse. The descent involves rappelling or abseiling down the fixed lines.

The itinerary is a guide only, it is necessary to allow extra days for flexibility in case of bad weather or local politics which might delay the departure. International flights should be into Jakarta or Bali, with onward flights booked to Nabire for the trekking trips and Timika for the helicopter trips.

From Nabire we will arrange the light aircraft into Sugapa or Illaga where the trekking trip begins. For the helicopter option, the flight lands at base camp and we generally allow three full days to climb the mountain.

We try to ensure a minimum team number of four, and sometimes this means joining other teams which makes the logistics and costs easier to manage.

This trip is priced in US dollars and we require full payment at least three months in advance of the date of the expedition. It is vital that you purchase travel insurance when booking the trip.

A significant portion of the trip cost is for permits and local payments to government agencies and tribal chiefs. It is possible to refund some of this money if the trip is cancelled prior to arrival but once the trip starts then there is no refund if local politics prevents travel. We will always take advice from local people about the situation locally before making any financial commitment regarding the permits.

The trekking route its hard and tough, trekking through cloudy-rain forest, hilly terrain, muddy trails, highland swamps, crossing rivers and walking around 7-8 hours a day. Clothing for the trekking part of the trip should be long sleeved and strong enough. If you are doing the helicopter trip straight into base camp then the jungle clothing is not necessary, but it can be cold and rainy and snowing so make sure you have warm clothing to change into immediately.

The climbing section will likely be on cold terrain with rock and snow or ice, so warmth is important. The rock itself is quite sharp so working gloves which you don't mind being ripped will be important. Climbing gear will include a harness, helmet, slings, jumar and descender.

Clothing for the climbing section

We will supply tents, stoves, all the group food, ropes and fixed lines, and any gear for protection, a GPS, satellite phone and medical kit. 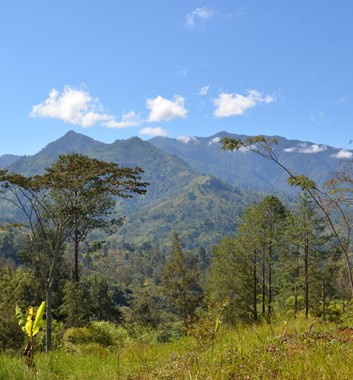 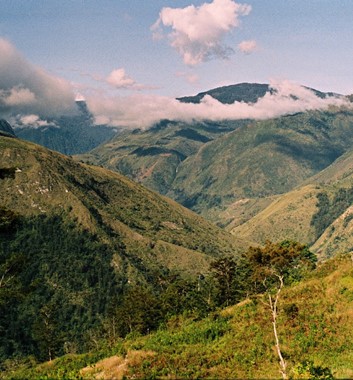 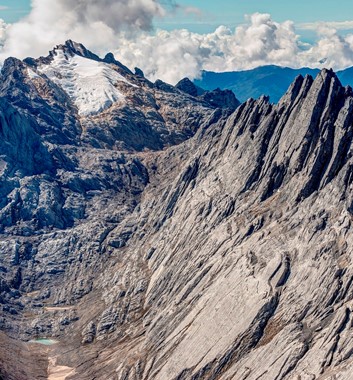 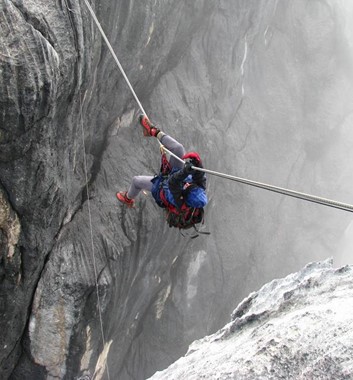 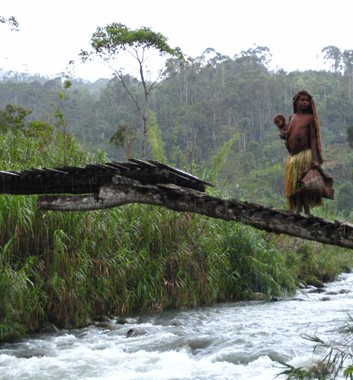 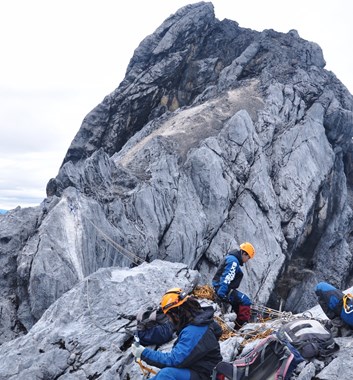 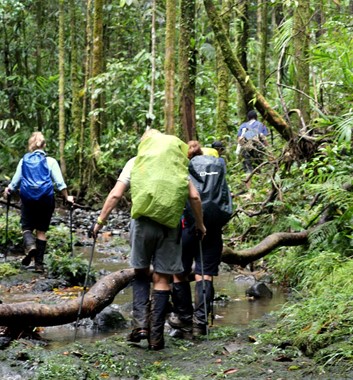 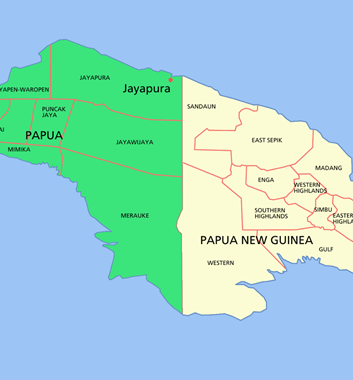 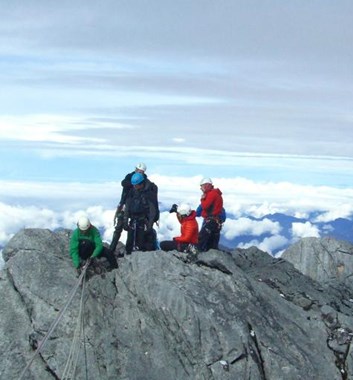 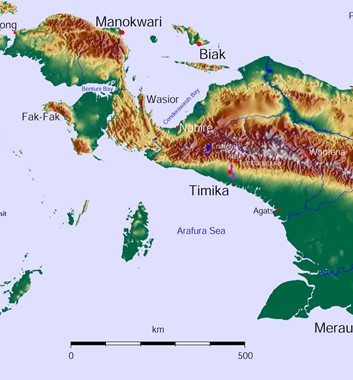 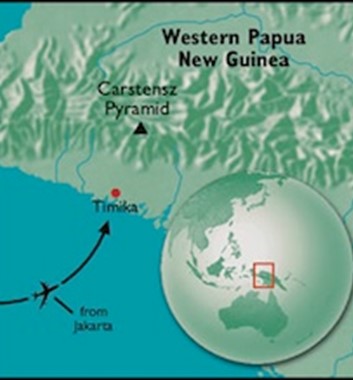 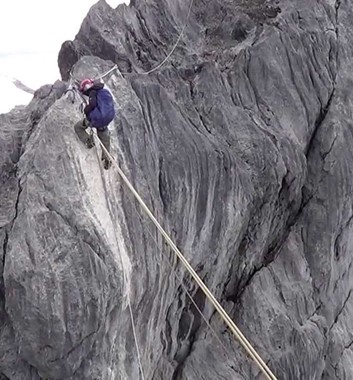 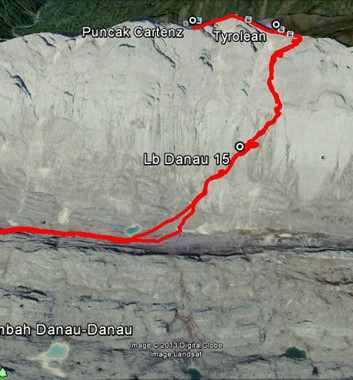 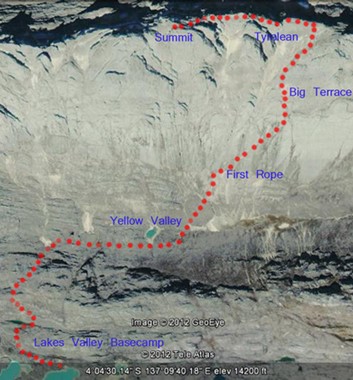 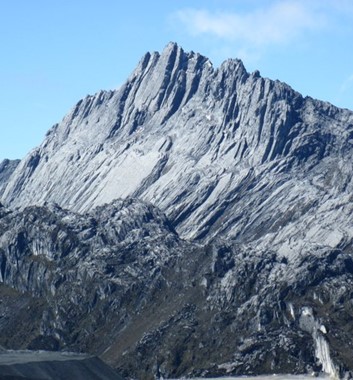 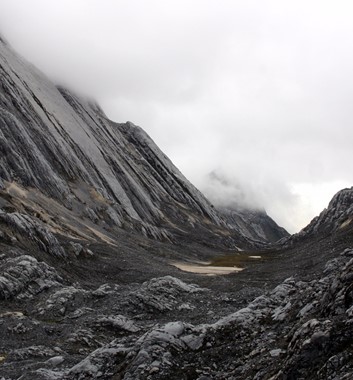 Final payment due 12 weeks prior to departure on this expedition in order to pay for permits.

We run this trip with a minimum of three members. Tailored dates for private groups are welcomed.