The effects of climate change are seen everywhere, but the world’s mountain ranges in particular have changed dramatically over the last 50 years.

As a result, mountain climbing is becoming an increasingly risky past time, with regular deaths occurring from the lack of ice and snow on the peaks. Climate change is making mountaineering riskier.

On peaks everywhere from the Himalayas to the Alps, falling boulders, increasing numbers of avalanches and unstable ground have made it more and more difficult to climb, with the issues only set to worsen.

In the Himalayas, rising temperatures are changing weather patterns and increasing the risk of deadly avalanches. 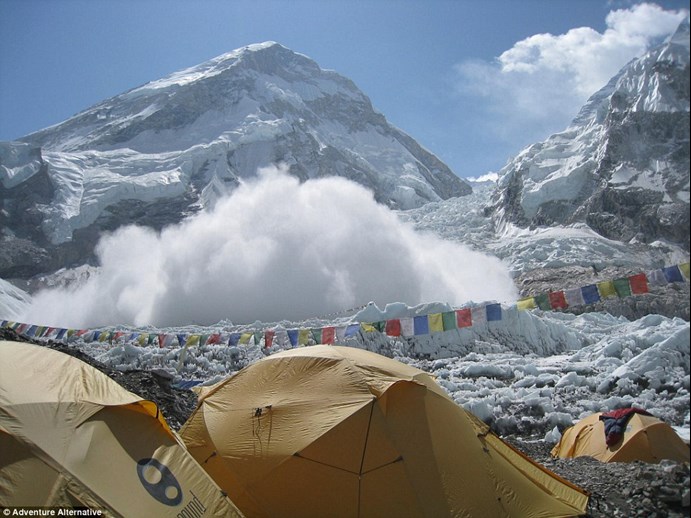 Avalanche approaching base camp of Everest. You can see my sleeping bag drying on top of my tent.

These were influenced by changes in the timing and the ‘strength’ of the monsoon season, which in turn is determined by huge weather systems that sweep across the Bay of Bengal from the ocean.

The rising temperatures are also causing the ice on the mountains to melt at an alarming rate, resulting in increased avalanches and rockfall.

Years ago on Everest, the ice would still be at base camp until the end of May, but now base camp is full of running water and open rock by April.

The Icefall up to Camp 1 is much more unstable now because it is warmer, so you have to climb at night to avoid the seracs collapsing around you. To climb in the afternoon on any snow-covered mountain with the sun on it is a foolish act, but to do it in the Icefall would be risking real death. 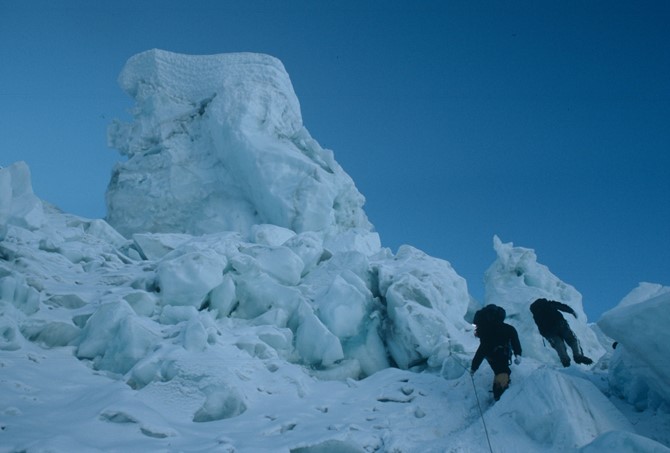 Unstable seracs and ice formations in the Icefall on Mount Everest. We are climbing before dawn.

These issues aren’t just facing climbers in the Himalayas – the problem is also changing the face of mountain climbing in Europe.

In the European Alps, the warming weather has led to more incidences of rock fall as melting ice loosens its grip on mountain faces and cliffs.

For example, in July 2006 and then again in July 2015 a giant chunk of rock the size of a tower block fell off the east face of the Eiger. 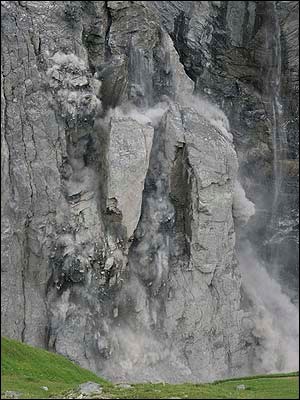 Nowadays, just getting to the start of a route can involve days of scrambling across very unstable and loose rock, where before it would have been ice or snow.

The routes themselves are much harder in many cases because climbing on loose rock is much more dangerous than climbing on good ice.

For technical climbers, many routes have simply been considered too dangerous to attempt now, and certainly in the summer; so they have been removed from the guidebooks. Guides need to be very aware of the change in routes and be much less complacent about wording like “low rockfall danger” in any guidebook. Word of mouth is just as important as ever, but there is just no doubt at all that climbing in the Alps is a different ballgame to what it was a decade ago.

Climate change on mountains is evident across the whole world - no area has been spared the rapidly melting ice.

The film Chasing Ice documents a man who filmed glaciers around the world for five years and converted the photos into a single film. It’s not just a salutary warning, it’s an astonishingly unbelievable film which staggers the imagination. Glaciers are retreating kilometres in just a few years.

In one jawdropping episode, a piece of ice the size of Manhattan ‘calves’ from the main glacier, sinks and disappears. The whole event takes about ten minutes in real time. From high mountains to polar regions, from Patagonia to Alaska, the only question is whether this manifestation of climate change is yet to pass, or has already passed the tipping point where nothing can be done to reverse the trend.

On a mountain rockfall, danger is obviously caused by rising temperatures and higher freezing altitudes, but the permafrost itself is also melting at lower altitudes. In fact, more permafrost melted in Switzerland last year than ever before. This has caused a change in animal behaviour which is disastrous. For example, the marmots are waking up early after their winter hibernation, but when they start out looking for food there is none, so they die. 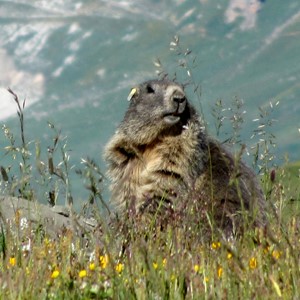 Marmots are waking up earlier during hibernation because it's warmer

In Africa, Mount Kilimanjaro is losing its famous summit glaciers faster than ever before. The famous Fort Wrangler glacier on the huge summit plateau is almost gone now. I remember that when I guided the mountain in the 1990s – almost once a month – I loved climbing the more difficult Western Breach. In those days, crossing the Arrow Glacier and wending a way through the top cliffs onto the summit plateau was a great adventure. But gradually – and quickly – the ice melted and at night I could hear the rocks zinging past my head. Then I could hear boulders rumbling at speed across the couloir.

Then in 2006, three climbers were killed on the route by falling rock and the route was closed. I’ve never climbed it since.

The changes on Kilimanjaro are a little more complicated than just blaming ‘climate change’ though, as the mountain is affected by cycles in the Indian Ocean which scientists now believe occur every 200 years.

What happens in, the warm cycle from the ocean causes solar radiation on the high reaches of the mountain, but what is true is that the speed of the change is faster because of human action.

The Western Breach route on Kilimanjaro used to be plastered in snow and ice and was a demanding and enjoyable route, now it is almost completely rock and very dangerous.

Flying over Kilimanjaro shows how little snow is left now on the once white ice capped summit. Pretty soon none of this will be left. 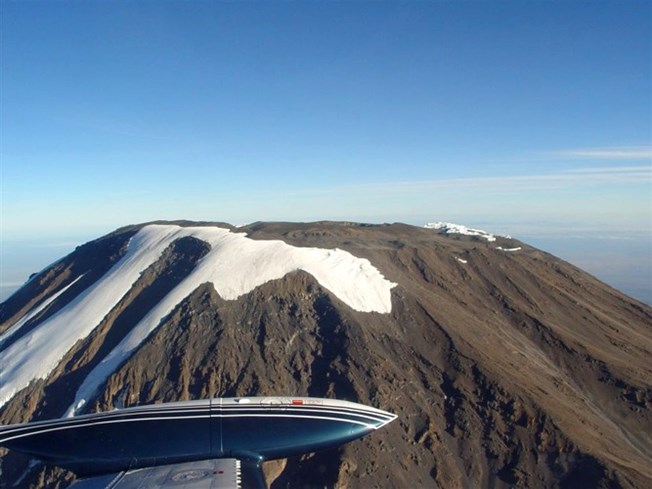 Aerial view of Kilimanjaro shows the extent to which the iconic snow capped peak is now...not snow covered.

One of the biggest consequences of the melting glaciers on Kilimanjaro will be the difficulty in providing water for the 23,000 trekkers who climb on the mountain every year.

Until recently, water was easily found in streams and rivers off the glaciers, but porters now have to walk for up to an hour to find water. In the future, I think the only option will be to hire more porters to carry bottled water up the hill, which will in turn make the trip more expensive. Since Kilimanjaro is one of the more expensive mountains in the world to climb now (the permit and sleeping cost is USD$100 per night), it is easy to imagine that tourism to Kilimanjaro will also dry up in the future.

People travel the world to see the mountains and enjoy the ice-capped summits but tourism now has to play a part in educating people on the effects of climate change, and what better place to see it than the Himalayas, the Alps or Kilimanjaro?

Scientists have been recording this retreat of glaciers for decades now and climbers can see the effects of climate change in every range in the world and almost on every snow covered peak.

It is important for people to see these changes with their own eyes because it is truly humbling what humankind has done to the world - humbling and frightening.

Nobody knows what will happen next, but for one thing’s for sure - it’s up to us to change our ways now before it really is too late.