The People's Republic of China, commonly known as China, is a country in East Asia. It is the most populous state in the world with over 1.3 billion people. China is ruled by the Communist Party of China (CPC) under a single-party system. The country is made up of 22 provinces, five autonomous regions, four directly administered municipalities (Beijing, Tianjin, Shanghai, and Chongqing), and two highly autonomous special administrative regions being Hong Kong and Macau. The capital is Beijing. 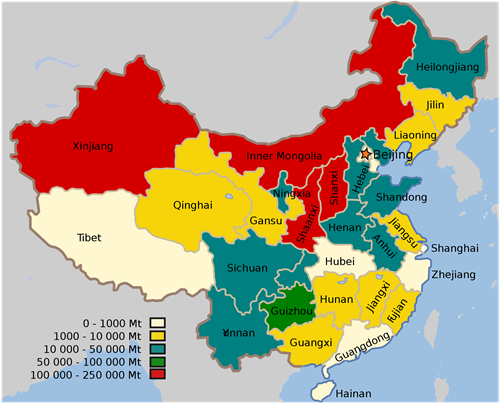 At about 3.7 million square miles, China is the world's third largest country. Its landscape is diverse, with forest steppes and deserts (the Gobi and Taklamakan) in the dry north near Mongolia and Russia's Siberia, and subtropical forests in the wet south close to Vietnam, Laos, and Burma. The terrain in the west is rugged and at high altitude, with the Himalayas and the Tian Shan Mountain ranges forming China's natural borders with India and Central Asia. In contrast, mainland China's eastern seaboard is low-lying and has a 14,500-kilometre long coastline bounded on the southeast by the South China Sea and on the east by the East China Sea beyond which lies Taiwan, Korea, and Japan.

When is the best time of the year to visit China?

The best season for climbing is June until mid September, with low winds and long days of warm sunshine. On the summit of Mustagh Ata at 7547m you can expect temperatures to vary between â€20 and â€30c.

What vaccinations do I need?

No vaccinations are required for entry (unless you are travelling from a country with Yellow Fever) but it is generally recommended that travelers should have a hepatitis A and typhoid vaccination. Travel advice regularly changes so it is best to confirm with your doctor or travel clinic.

What's the currency of China?

What are some basic Chinese traits?

In general, the Chinese are a collective society with a need for group affiliation, whether to their family, school, work group, or country. In order to maintain a sense of harmony, they will act with decorum at all times and will not do anything to cause someone else public embarrassment. They are willing to subjugate their own feelings for the good of the group. This is often observed by the use of silence in very structured meetings. If someone disagrees with what another person says, rather than disagree publicly, the person will remain quiet. This gives face to the other person, while speaking up would make both parties lose face.

The Chinese non-verbal communication speaks volumes. Since the Chinese strive for harmony and are group dependent, they rely on facial expression, tone of voice and posture to tell them what someone feels. Frowning while someone is speaking is interpreted as a sign of disagreement. Therefore, most Chinese maintain an impassive expression when speaking. It is considered disrespectful to stare into another person's eyes. In crowded situations the Chinese avoid eye contact to give themselves privacy.

What is the time difference and phone code for China?

China time is GMT/UTC plus 8 hours and the international code is 0086.

How do you get a Chinese Visa?

The process to gain a China Visa is straight forward but does require your careful input. You will require a "Tourist and family visit visa" denoted with the letter L-visa. The following is the procedure and timeframes involved:

1) 6 weeks prior to your arrival in China we will send you documents that may be required as part of your visa application.

2) 4-6 weeks prior to arrival in China, fill in an application form either digitally online or by printing it out and completing it by hand. Forms are available on the Chinese Embassy website. We will send you details and an example form to assist.

3) You then need to submit your passport, online application form, any supporting documents, visa fee Payment Authorisation Form, photograph and self addressed pre-paid Royal Mail Special Delivery envelope to your local Chinese embassy. Regular visa processing time is 4 working days. Express visa processing time is 3 working days. Please note that express service is only available to those customers who submit applications to the visa counter before 12:00 at noon, Monday to Friday.

Use online resources with some caution, there are sites that have outdated information. There are also agencies that present themselves in a way that makes them look like an official government office when they are in fact a middle-man that will charge extra for their services. A good general rule would be to follow links from the website of ‘The Embassy of the People's Republic of China’ in your home country.

Drugs
There are severe penalties in China for drugs offences and it goes without saying that we advise against any form of use or transport of illegal drugs.

Identification
Foreign nationals over 16 years of age are required to carry their passports with them at all times. Police carry out random checks, especially during periods of heightened security, around major sporting or political events; failure to produce your ID can lead to a fine or detention.

Internet
The Chinese authorities maintain controls on internet access: websites such as facebook and youtube are blocked.  Other websites or e-mail service providers are blocked from time to time.

Gambling
Gambling is illegal in China (though it is legal in the Special Administrative Region of Macao).

Religion
There are restrictions on certain religious activities, including preaching and distributing religious materials. The Falun Gong movement is banned in China.

Relationships
Homosexuality is not illegal although there are no specific laws in place to protect the rights of Lesbian, Gay, Bisexual and Transgender (LGBT) people.